Out of spec Clodbuster axle tubes?

Talk about the Clod Buster, and all other motor on axle trucks here.
4 posts • Page 1 of 1

Out of spec Clodbuster axle tubes?

I recently bought 2 pairs of Clod axle tubes from an eBay seller that I'm sure everyone here has used. The axles were listed as having been pulled from a kit and would be shipped separated from the parts tree for shipping (the box they were shipped in was more that big enough to fit without separating). So, I'm putting together a Clod axle and the axle brace won't fix, the axle tube is too short. The axle also sticks out too far when assembled.

I compared the short axle tube to a known true Tamiya part right out of the wrapper and to several other tubes I know are the real deal. The tubes are definitely short and prevent the axle brace from fitting (impossible) and also make the C hubs far to tight with the axle end sticking out too far. 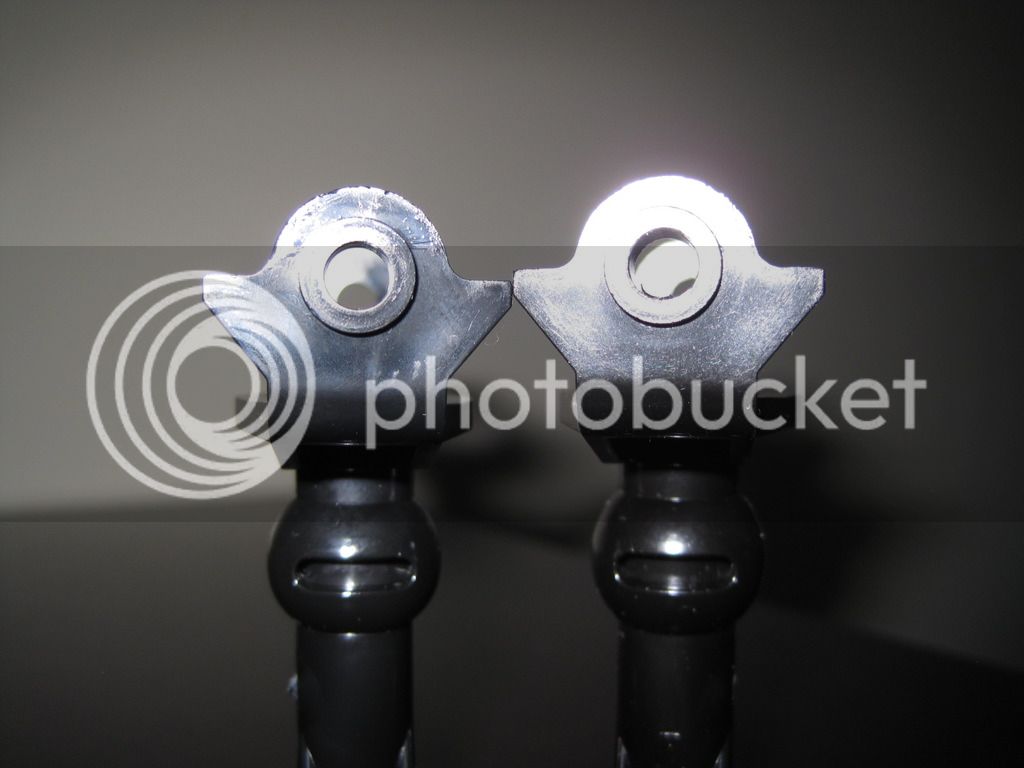 So, I'm pretty sure these are Tamiya parts, but my gut is that they were defective and this eBay guy has a line on dumpster parts from the overseas location that produces these for Tamiya. Why do I say that? A couple years back I bought a set of Clod tires from the same eBay seller, listed as pulled from a new kit, and they were so white with residue that they were literally total white, like snowballs. No way Tamiya put these in a kit. No way. My gut is these were rejects that someone is selling on the side.

I've seen that before. (on that gravedigger stock clod I had)

I inherited a box-stock clod a year or so ago that my Father-in-law had put a gravedigger body on. It was one of two clodbusters that my brother-in law (Rcmanainiac78) bought in a deal years ago (like 2010). These were both original clods with the bow-tie grill and chevrolet tailgates. The one I ended up with was given to his Dad minus body, but otherwise bone stock. After running the gravedigger body on it he ran it once..... and then it sat on the shelf.

So then I end up with it. I went though it to freshen it up and put bearings in it, and boil the plastic as I knew it was old and brittle. That was when I discovered 2 of the tubes were just like yours. They were BOTH on the same side of the truck too, so I figured maybe at some point in the truck's life it was stored next to a heater, or maybe in a window with the sun beating on that side of it for a long time, which somehow deformed that ball-socket on the tube.

As it turned out, one of the bad tubes was broken, but I tried to save the other one. I pulled it from the truck as I knew it could not be used with ladder bars, but figured it would be a good spare on another truck. Then at some point I compared it to my other tubes and I forget why, but I wrote it off and tossed it. I do remember that when I got the old clod that both diffs were REALLY tight and I do wonder if it was just because of the shorter tubes. At the time I blamed it on the axles, as the male ones were a really tight fit into both the original female axles. I remedied that with some newer female axles.

Anyway, back to your original point, all tubes I have bought off ebay were still on the trees, so this whole deal is very interesting.
Top

The lesson learned for me, I'll be extremely leery of parts sold from "kit pulls" that are also not on the tree AND the listing doesn't show the actual part i'll receive when buying on eBay from here on out.

It's not impossible that these came from a kit. All four are dimensionally the same and have the exact same defect. It looks as if the ball area is expanded, possibly when the part was cooling after leaving the mold it deformed at the ball, shortening the overall length and increasing the ball diameter.

Buyer beware I guess. I can't know for sure the parts are rejects, so I'm not going to drop the seller's name. I've bought a ton of small parts off this seller over the years without issue and I'm sure people on Clodtalk have as well. Keep your eyes peeled for short, big ball Clod axles tubes!!
Super Clodbuster viewtopic.php?f=46&t=26619
TXT-1 viewtopic.php?f=49&t=31037
TXT-2 viewtopic.php?f=49&t=31051
Top
4 posts • Page 1 of 1